All of these books were read for school.  I was really excited to take this seminar where we read a different book every week and then use it to talk about the good, but I am disappointed by the selection of books.  I think there have to be much better books about sports and relationships and music then the ones that my professor chose.  But, here are the books that I read this month (Antigone was for a different class). 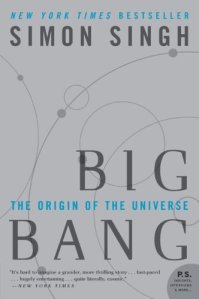 Big Bang was actually a fascinating read.  I thought I might be bored with it or that the science might be over my head, but I found it very readable.  It is intended for lay people, so if you are a scientist, I think it would probably be dumbed down too much, but for people like me it was great.  I’ve always had an interest in astronomy (it being one of the two science classes I took in college).  Singh did a great job of taking us through the history of creation theories and how we got to where we are today.  I would recommend this book to anyone with an interest in the subject. 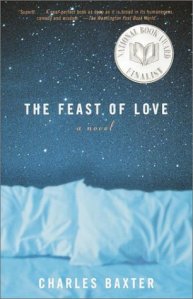 The Feast of Love was a pretty good book.  I wasn’t thrilled by the events near the end, so it kind of ruined an otherwise enjoyable book.  It takes place in Ann Arbor so it was fun being able to picture everything exactly as it should be.  It’s about relationships.  That’s pretty much it.  Baxter is a great writer, but sometimes I felt that the dialogue was too forced.  It was sort of like watching an episode of My So-Called Life (or maybe even Dawson’s Creek) where everything they said had to be so profound even if it was something simple.  But basically I liked it and would recommend it to others. 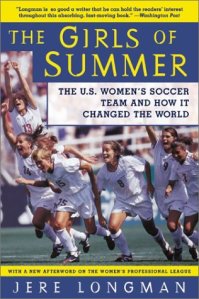 This book sucked.  I’m just going to be that blunt about it.  The story itself is a good one, but that gives no credit to the author since he didn’t make it up.  His writing was atrocious.  I just couldn’t get past the horrible writing.  Sentences seemed to be just thrown together.  There was no logic or order.  It was like he just wrote things as he thought them.  I can appreciate stream of consciousness when that is what the author was trying to do, but I don’t think that was the case here.  I wouldn’t recommend this to anyone, not even someone who loves the 99 US Women’s soccer team. 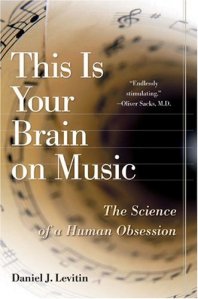 This book also sucked, but not as much as the soccer one.  Again, the writing wasn’t very good.  At first, I thought it might be interesting, but then it seemed that all Levitin wanted to do was prove how good of a scientist he is and how many famous people he knows.  I couldn’t get past the name-dropping.  There has to be a better way to talk about the science of music.  Or just don’t talk about it.  I think I like music because I don’t know why it is so amazing.  Maybe some things are just better left alone. 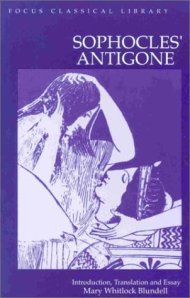 I had somehow made it through high school and college without reading this (or most other greek writing).  I thought it was pretty good.  We read it in my Persuasion and the Law class and we were supposed to discuss Kreon’s and Antigone’s arguments for how they believed.  But I mostly just read it as a great tragedy.

I apologize for the negative reviews this month.  I guess that’s what happens when you don’t get to pick your own books.  I think I have to come to terms with the fact that my professor does not have the same taste in books as me (or the rest of my class since they hated the books, too).  I have no high hopes for the rest of the reading list, but maybe something will surprise me.