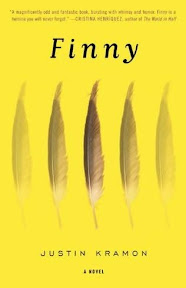 In honor of its publication day, today’s teaser is from Finny by Justin Kramon

“Then Stanley would say, ‘Einstein,” in the way other people would say Amen at the end of prayers. The name was enough to command respect, dropped like a punctuation mark at the end of whatever point he was making.”