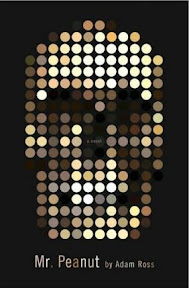 Where did my baby go? He’s all kid now. 😭😍
This kid loves nature and this morning he put together this terrarium. 🤞 it grows for him.
15 years building this little life together. 💕
Wrapping up our winter break travel today by driving from Pennsylvania back to Florida. Taking the train up the coast to visit our siblings in Baltimore and Pittsburgh and then driving back home has us hitting 8 states + DC during this trip. West Virginia and South Carolina are new ones for both of the kids. And Virginia, D.C., and Maryland were new places for Kai. This drive home (at least until we hit I-95 in South Carolina) is a new route for all of us. I know road trips aren’t for everyone, but we love seeing so much of the country as we pass by and we are lucky to have the time to take them. That said, I think we are going to try our best to stay home next Christmas. 😉
Of the 33 books I read this year (see the previous post), these are the 3 that stand out as I contemplate my favorites. Daisy Jones and the Six was by far my favorite book of the year and I think I’ve already individually recommended it to everyone I know. Educated was fascinating and Where the Crawdads Sing was really incredible. I listened to all three of these and recommend the audio versions. What was your favorite book this year?
All of the books I read in 2019. It was a good reading year for me, with 33 books finished. The vast majority were audiobooks, which is my secret to reading in this phase of my life where things other than books are keeping me pretty busy. I only read 21 books in 2018 so I think my commitment to try to read more this year worked. I even beat my goodreads challenge by 9 books!