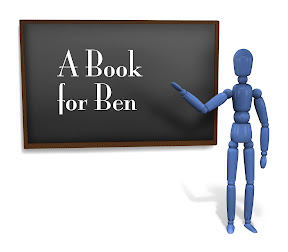 Today, I bring you a new feature. As you know, my husband is an English teacher and a big reader himself. As such, he has strong opinions on what books I should be reading (books that are NOT about teenage vampires). As a compromise, I am allowing him to pick one book each month for me to read. In return, I’ve asked him to tell you a little about why he wanted me to read that particular book. I hope you enjoy the inaugural A Book for Ben post. 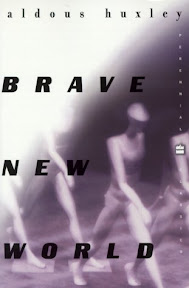 In Aldous Huxley’s “brave new world,” birth is a mechanized, impersonal system designed to create various classes of humans, who are then meant to consume as much as possible. Sex has become purely recreational and people worship Henry Ford rather than God. Bernard Marx doesn’t quite fit into this society and through him we see what might be wrong with this utopia.

“For someone who claims to be a fan of dystopian literature, Bave New World was a conspicuous omission on Michelle’s part. But beyond that, I wanted her to read this book for many other reasons. First, it is truly impressive/terrifying how close to reality Huxley comes. Second, I love the Shakespeareiness, especially the references to The Tempest. Third, the debate between truth and happiness is vastly interesting and eternally debatable. And fourth, that last paragraph, so sad and perfect and beautiful.”

I don’t think I liked this as much as Ben thought I would. I am glad I read it because I WAS missing this classic dystopian, but I think I should have read it in an academic setting. A little guidance as I read may have given me an extra level of insight that I completely missed.

The most poignant moment for me was the lower-level elevator work desperately wanting to take people to the roof so he could have a moment of freedom. While most people buy into the society they’re a part of, there are moments where we see that people may not be as happy as they’re supposed to be.

I do wonder what Huxley would think of the world that’s come to be. It’s not his Brave New World but there are shared elements I think he’d find fascinating.

8 thoughts on “Brave New World [A Book for Ben]”