I, like most bookish people, saw The Hunger Games this weekend. So I thought it was time to resurrect the old Book vs Movie post. 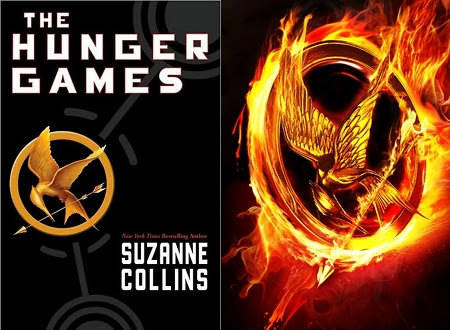 I’ve talked about the books many times and you can find my thoughts on the first book here. I am a big fan of the series so I was both excited and nervous for the movie. Turns out there was no reason for me to be nervous. They did an excellent job with the movie. There was very little I didn’t like about it. I thought the casting and the acting were fantastic, the cinematography was captivating, and the move remains pretty true to the story (I accept that some changes are necessary and my only complaint is that the District 11 signal was introduced so early by District 12).

The movie gives us more of a look at what is coming in the series than I remember in the book. For example, we see discussions between President Snow and the head Seneca Crane about quieting district rebellion and controlling the population. We have a broader perspective in the movie than in the books where the reader is tied to Katniss and her limited knowledge the entire time.

Overall, I was really impressed with the movie. Now, when can I see Catching Fire?

Have you seen the movie yet? What did you think?

6 thoughts on “The Hunger Games: Book vs Movie”