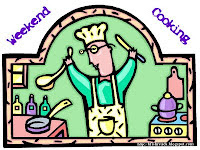 So here is my inaugural Weekend Cooking (hosted by Beth Fish Reads) post. Like I said, I’m broadening the scope of this blog once again. As part of this, I hope to join in with some cooking/baking posts now and then.

In an effort to eat healthier, Ben and I are trying to make more things from scratch. And because the baby doesn’t seem to like takeout pizza anyway, pizza was one of the first things we thought to try in this new made-from-scratch life of ours.

I used my best-friend-from-law-school’s recipe. She makes excellent pizza and I helped her once a few years ago. So I thought I’d start there. But I think I needed a bit more direction than her recipe card and supplemental text messages could give me. I had a hard time kneading it. And I kept adding flour but it stayed sticky. When cooked, parts of the pizza were fine but others were very doughy. More flour was probably the solution (despite my thought at the time that I’d added a truckload already).

I switched recipes this time. I used the one out of the cookbook that came with my shiny knew stand mixer. Which, by the way, is my new favorite thing in the world. 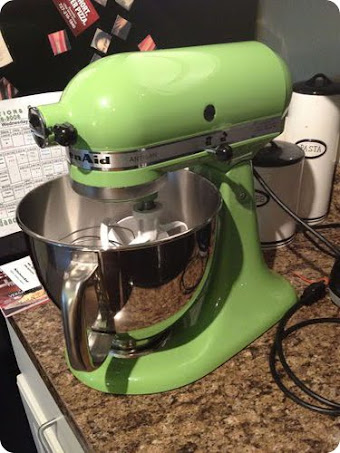 No more kneading for me. Now that I understood where I went wrong last time, I made sure to add enough flour. And it was completely edible! We ate practically the whole pizza in one sitting. 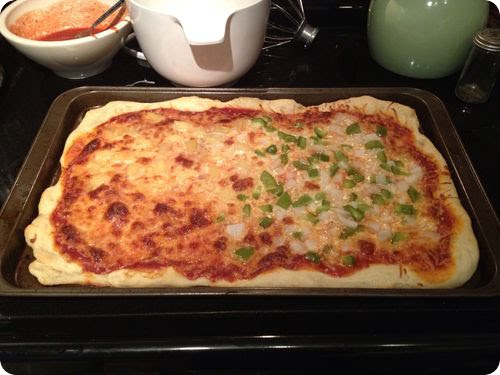 So my next step is to give the pizza dough some more flavor. Suggestions?

17 thoughts on “My Adventures in Pizza Making [Weekend Cooking]”