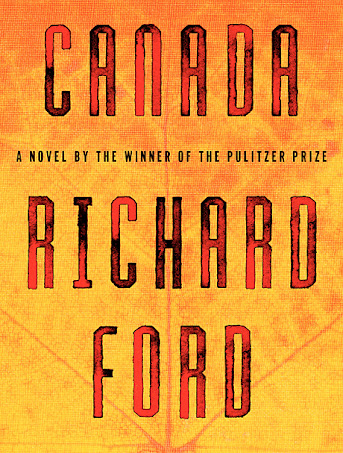 “First, I’ll tell about the robbery our parents committed. Then about the murders, which happened later.”

Then fifteen-year-old Dell Parsons’ parents rob a bank, his sense of normal life is forever altered. In an instant, this private cataclysm drives his life into before and after, a threshold that can never be uncrossed.

His parents’ arrest and imprisonment mean a threatening and uncertain future for Dell and his twin sister, Berner. Willful and burning with resentment, Berner flees their home in Montana, abandoning her brother and her life. But Dell is not completely alone. A family friend intervenes, spiriting him across the Canadian border, in hopes of delivering him to a better life. There, afloat on the prairie of Saskatchewan, Dell is taken in by Arthur Remlinger, an enigmatic and charismatic American whose cool reserve masks a dark and violent nature.

Undone by the calamity of his parents’ robbery and arrest, Dell struggles under the vast prairie sky to remake himself and define the adults he thought he knew. But his search for grace and peace only moves him nearer to a harrowing and murderous collision with Remlinger, an elemental force of darkness.

Honestly, I was not a huge fan of Canada. I had high hopes for it. I’d heard good things. Richard Ford is a Pulitzer Prize winner. And it is about bank robbers and murders. The first line promised so. How could that not be interesting?

But it really isn’t about bank robbers and murders. It’s about a short time in the life of the son of bank robbers – from the time the robbery happens until the time the murders happen. And it is pretty boring. Perhaps what others found enjoyable was the detail or the characters (whom I took little interest in), but it certainly can’t be the plot.

Perhaps it was the medium I read it in – I do better in print than audio with books that emphasize writing over plot – but Canada just didn’t grab me. While I’m not alone, I am in the minority, so let me point you toward a more positive review by Beth Fish Reads (“Canada is one of the best books I’ve read this year . . . hell, perhaps this decade”).