When we moved into our house back in April, our third bedroom looked like this: 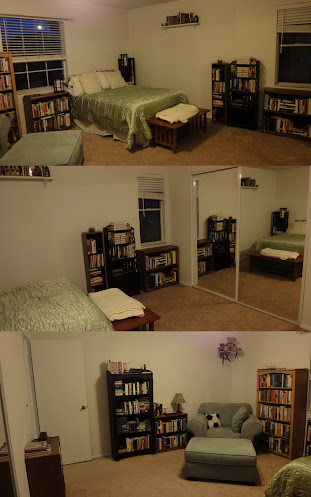 It functioned as a guest room and a library, which was fine, but rarely used. Once Evan came along, we decided we wanted to give him a playroom. His room is small and the living room is open, so it’s hard to let him have some freedom (without giving him too much). This third bedroom is huge, so we decided to turn it into a playroom.

This room doubles (triples?) as a guest room, so we had to work around the bed. We thought about putting a sleeper-sofa in here, but we really wanted to keep an actual bed. So we got rid of the bed frame, pushed it up against the wall, threw some throw pillows on it, and called it a day. It’s really cozy, and when a guest comes, we can just pull it out from the wall and make it a bed again. 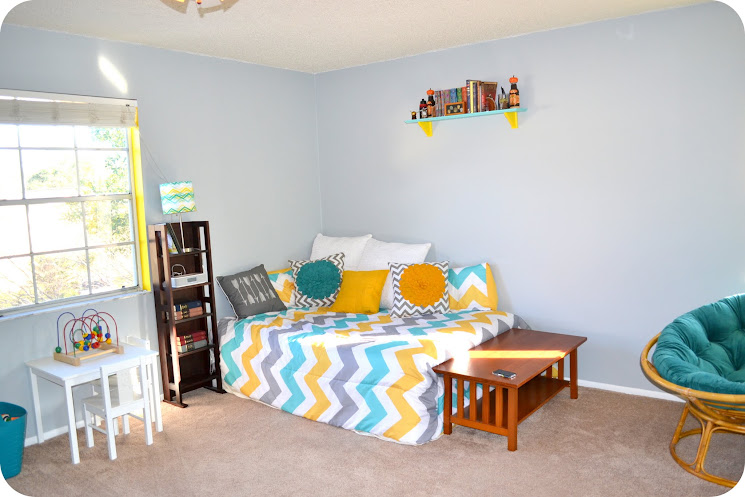 We moved the big blue chair we had in here to our room for now, and swapped it for this one. I’ve had this papasan chair since high school. A new cushion makes a world of difference. Evan loves these huge mirrors, which we left unchanged. 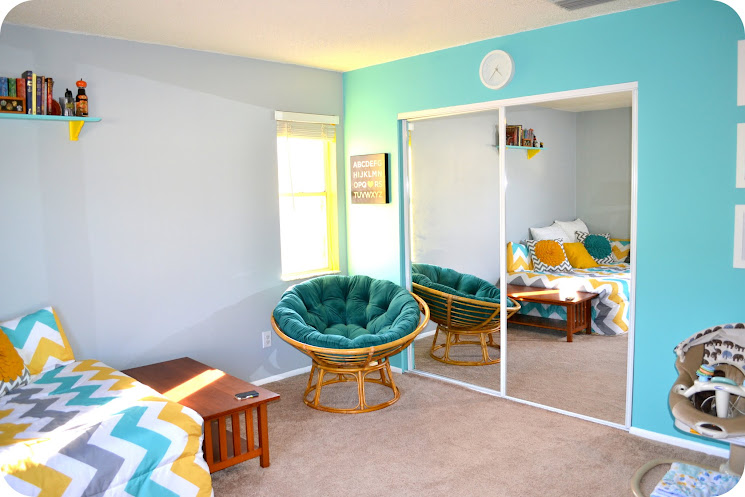 We bought these Billy bookcases from Ikea and I finally convinced Ben to let me organize the books my color. I may not know where anything is, but isn’t it pretty? I also love that Stephanie Meyer is hanging out with Franz Kafka and Cormac McCarthy now. 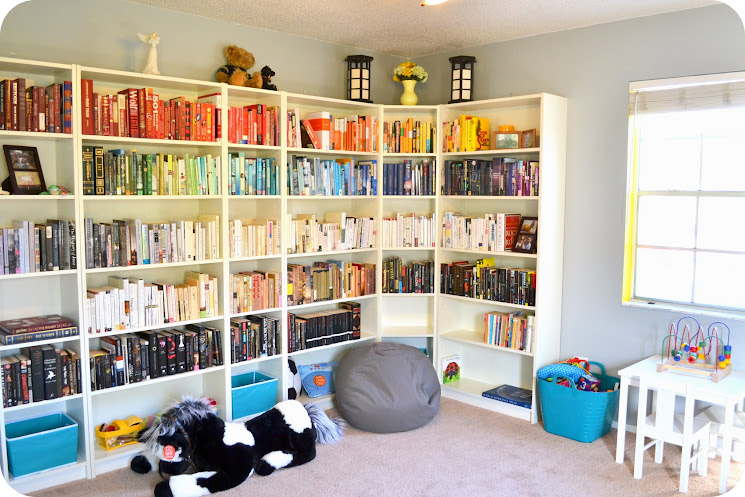 I love the colors we ended up with. Originally, I wanted grey and yellow, and we only added the teal when we bought the comforter, but now I LOVE the teal. Especially the accent wall. Yellow ended up being relegated to the tertiary color in the room. 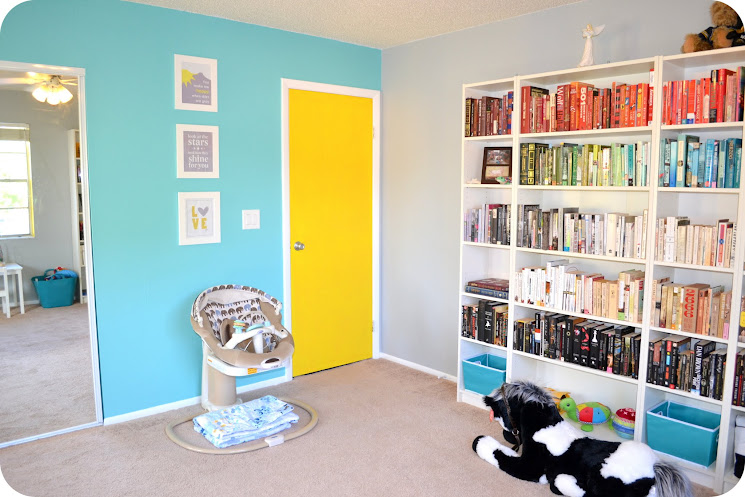 I can’t decide which part I love the most. The yellow door? 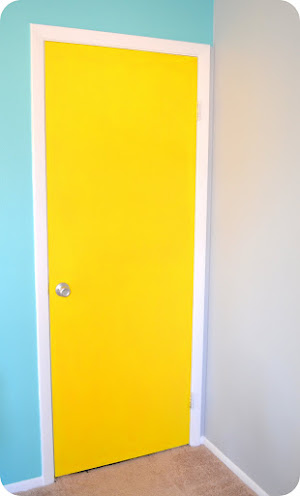 The teal wall? The adorable printables I found for free here, here, and here? 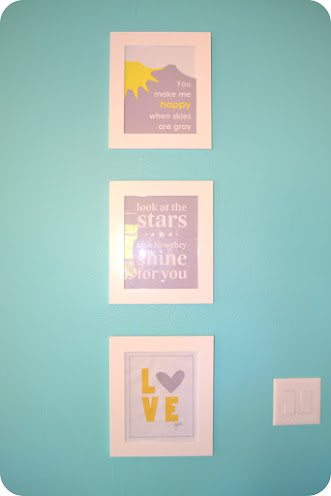 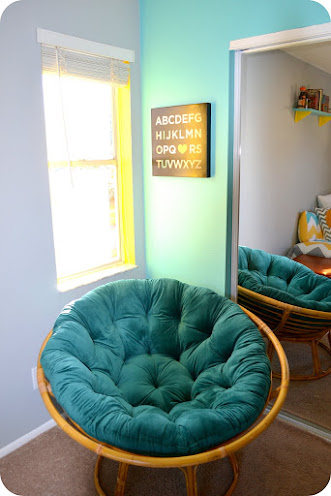 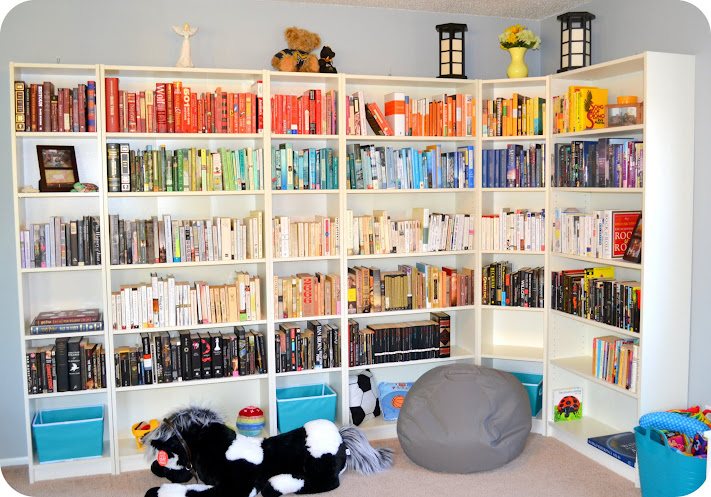 The little table and chairs? 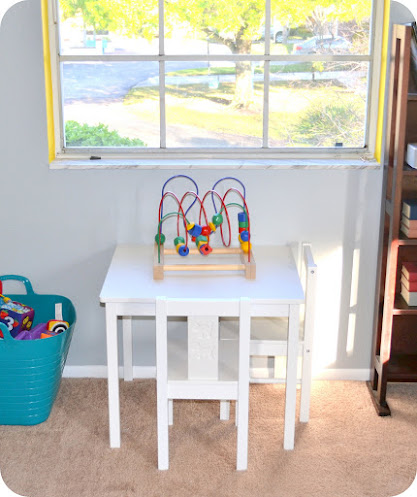 The bedding that started it all? 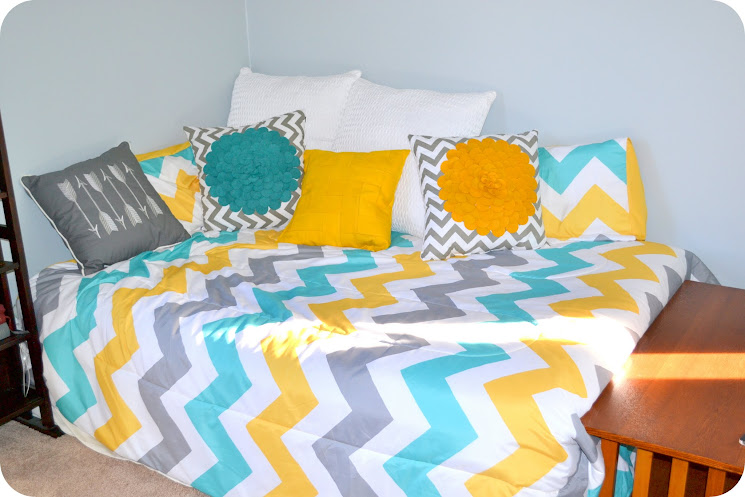 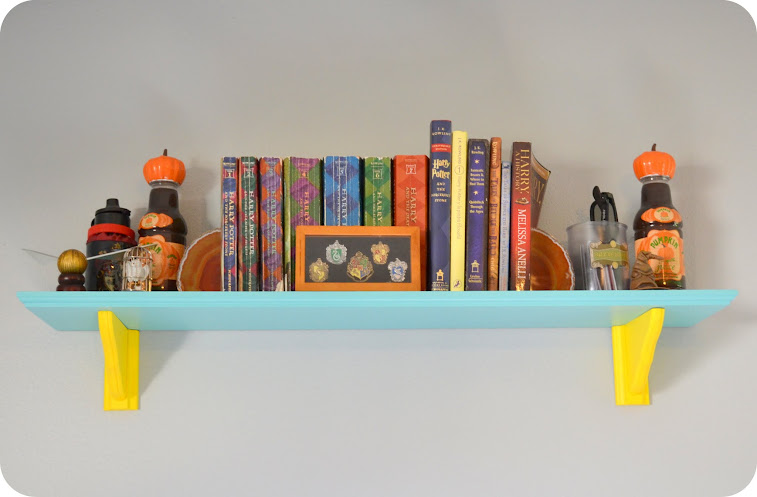 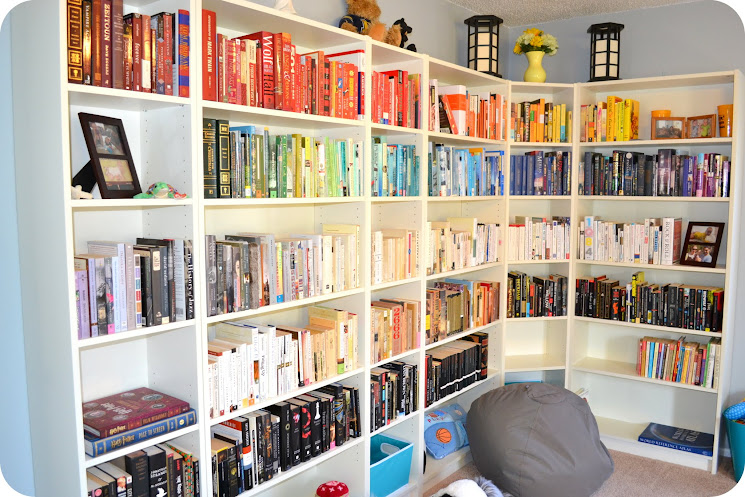 Evan hasn’t made up his mind yet, either. Here he is soaking it all in (or, probably, staring at the ceiling fan). 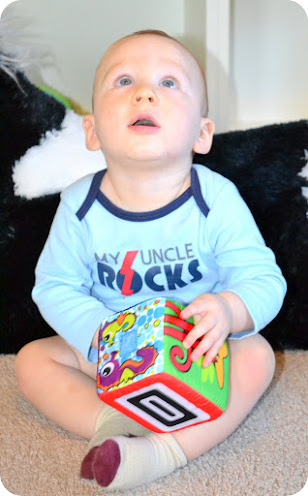 There are still a few things I want to do. A throw pillow for the chair. Something for the wall above the bed. Some objects for the top of the bookcases. Curtains. But, like a piece of writing, no room is ever done.