This year, I am particpating in the Armchair Audies. I am listening to every book in the Solo Narration – Male category. This is one of the nominees. 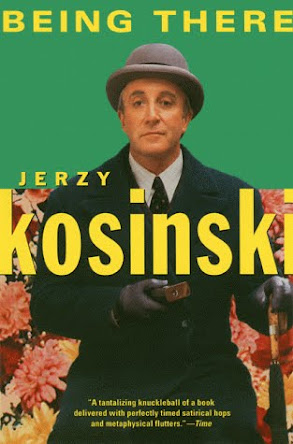 Being There is the story of how Chance, a simple gardner in an old man’s estate becomes Chauncy Gardiner, economic aide to the President of the United States.

This book is actually very clever, and the more I think about it, the more I like it. Chance’s only knowledge about the outside world comes from television, so when he is suddenly sent out into the world on his own, he knows everything will work out, like it is scripted. His straightforward responses to questions get misunderstood and deemed “genius” and “visionary.” It’s a satire about the political world that works just as well in 2013 as it did in 1971.

I assume Dustin Hoffman was chosen because of his role in Rain Man, but I’m not sure he has the right voice for audiobooks beyond this one.

Hmm…my reviews just keep getting shorter. I guess a short review is better than no review.

3 thoughts on “Being There [Audiobook Review]”