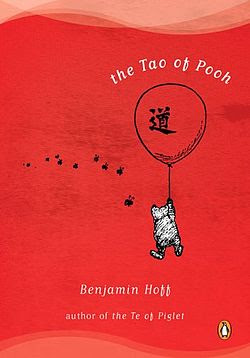 Taoism, as embodied by Winnie the Pooh. Yep, that’s pretty much it.

Well I have had Winnie the Pooh on my brain, with Evan’s first birthday party coming up and the fact that we read Winnie the Pooh and The House on Pooh Corner as a family in the fall. So when The Tao of Pooh came up on my Armchair Audies list, it felt right.

I’d started this once before but, embarrassingly, didn’t finish the relatively tiny book. Enter, Simon Vance. I could probably listen to him read the phone book. Now, I’m not saying that the Tao of Pooh is boring. Except when it is. I really just liked the Pooh parts. The actual philosophical/religious parts I could take or leave. Just give me that cuddly old bear instead.

Like always, Vance does an excellent job. His voices for those beloved characters are spot on. This is an enjoyable listen.

2 thoughts on “The Tao of Pooh [Audiobook Review]”