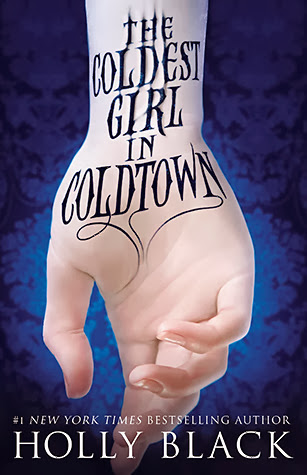 Title: The Coldest Girl in Coldtown

When Tana was a child, the world faced an epidemic of vampirism, which spreads like a disease. Several years later, Tana wakes up after a party and  discovers everyone else is dead except her ex-boyfriend (who is now infected) and a captive vampire. So they head to the nearest Coldtown – a quarantine for vampires, infected humans, and humans looking to turn, where Tana is in for a bit more adventure than she plans for.

So I think I can officially declare that I am over vampires. This was supposed to be the book that even those of us burnt out on vampires would love, which is why I picked it up after initially passing it over. And I get why – it was a good book. It was dark and gritty – none of that sparkly vampires at your high school stuff. People die, people turn into vampires, people betray each other, yet Tana hangs on to her humanity (and her bravery) through it all. Tana is a strong teenager forced into extraordinary circumstances and she never loses her cool. I should have loved this book. But my feelings toward vampires (sometimes “meh,” sometimes full on aversion*) unfortunately took away from my enjoyment.

So, bottom line: I think you will like this one if you (a) still like vampires or (b) don’t have strong feelings either way about vampires. As for me, I am going to move on to something else. Zombies? Angels? Unicorns?

I don’t have to qualify anything here. Christine Lakin did an excellent job. She was a perfect voice for Tana yet handled all of the other characters with ease. If you plan on reading this one, definitely check out the audio version.

_____
*So I read The Radleys when I was in the puking-every-day stage of pregnancy (two years ago!) and I think it’s stayed with me. References to drinking blood now give me nausea. Isn’t that weird?

3 thoughts on “The Coldest Girl in Coldtown [Audiobook Review]”