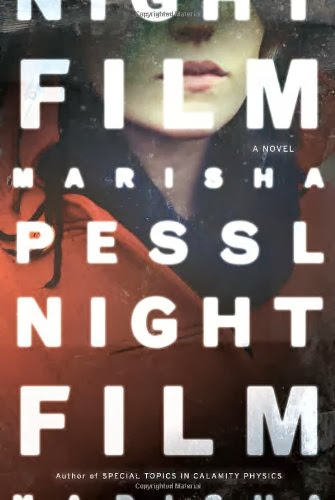 When Ashley Cordova is found dead, Scott McGrath, an investigative journalist, is compelled to investigate. A few years earlier, an investigation into her father, mysterious filmmaker Stanislav Cordova, ruined his career. Now he’s determined to find something on Cordova – something that will bring him down. But Cordova isn’t going to make it easy.

This book might be better than Special Topics in Calamity Physics. It was so twisted and suspenseful that despite its heft, I couldn’t put it down. Like in Special Topics, Pessl shows her attention to detail and ability to weave a complicated tale.

While I give Pessl credit for her creativity, I was not a big fan of the integration of technology. I stopped using the app pretty early on because I found it distracting. But that’s fine. I just stopped using it. If you like it, use it. If you don’t, don’t. Easy enough.

I don’t have a lot to say (nor do I have a lot of review writing time this weekend), but that shouldn’t lead you to believe I have anything less than love for this book.