June is Audiobook Month and the audiobook community is giving back! Spoken Freely, a group of more than 40 professional narrators, has teamed with Going Public and Tantor Media to celebrate June is Audiobook Month (JIAM) by offering Summer Shorts ’14, an audio collection of poetry, short stories and essays. All proceeds from sales of the collection will go to ProLiteracy, a national literacy outreach and advocacy organization.

Throughout June 2014, 1-2 stories, poems and essays will be released online each day via Going Public, as well as on various author and book blogs. As a “Thank you!” to listeners, pieces will be available for free online listening on their day of release. As a bonus for those who purchase the full collection from Tantor Media in support of ProLiteracy, there are over 20 additional tracks only available via the compilation download. You can purchase the collectionHERE. Special pricing of $9.99 through June 30th, in celebration of JIAM. $14.99 from July 1st forward. You can read more about the project here.

Today I have the pleasure of hosting author Jane Cawthorne and narrator Dawn Harvey. Their contribution to this project is Something as Big as a Mountain. Since I had both Jane and Dawn, I thought I would host a little discussion about the making of an audiobook and the interaction of author and narrator.

As an author, what is it like to have your book turned into an audiobook? Do you struggle sharing your words to another voice?

Jane: No because I wrote a couple of plays and one was produced many times. I got used to hearing my work interpreted in a variety of ways. It was a really important thing for me to learn as a writer. I try my best to write in a way that conveys my intention, but readers bring their own experience and knowledge to the text and they interpret it in their own way.  The tone, inflection and delivery of the words can change everything. Often these changes are for the better. Most of the time, I don’t know how a reader is interpreting the work as he or she reads, but with an audio book, it’s right there.

How do you ensure that you do your best to capture the voice created by the author?

Dawn: Before I even think to go anywhere near a microphone, I have spent a lot of time reading and analyzing the work.  I pull out character and story information, research places and names, research accents and dialects, find voices for the characters and make a note of anything that I don’t understand or that doesn’t seem right to me.   I’ve been quite lucky in that, with several of the books/stories that I have narrated, I have been able to communicate with the author prior to recording.  By the time I get into the recording booth, I know the stories and the characters almost as well as the author does.   Many times while preparing books I have found errors or discrepancies in the material that had been missed by the author and his/her editors.  You know that you’ve studied the material very well when you catch things that all other have missed!   By discussing with the author anything that has me confused or that doesn’t sit right, I ensure that I am telling the story that they want to have told.  At the end of the day, by working together in this way, we create a better reading experience for readers (where I have helped to correct the manuscript) and a better listening experience for listeners because I have told the story that the author was trying to tell.  When you can’t clarify things with the author, you do the best you can with what you’ve got.  The internet helps sometimes.  In either case, and particularly with a good writer, their voice speaks to you through the writing itself.  If you get the story, you hear the voice.

Can you describe the author/narrator interaction? Do you work closely with each other?

Jane: Dawn had me listen to an early take. She invited me to comment and I felt free to make suggestions. But really, it was great so I think I might have made a correction on a place name pronunciation or something minor like that. Dawn’s voice is really deep and sonorous and she has a very serious take on this work, probably more serious than me. I can be a little self-deprecating. But the serious take is appropriate because it is about a big challenge. When I first wrote it and did a public reading, I got  kind of choked up. Of course Dawn can keep things on a more even keel and stay professional. In other words, Dawn can read it better than I can.

Dawn: I work as closely with the author as the author will let me!  I try to collaborate with them as much as possible.  But I can add that Jane’s case was different from the other works I have done because I have known Jane for a long time.  Several years ago, I was in a play she had written called “The Mother Auditions”.   We bonded during that show and have kept in touch ever since.  As well as being friends, we support and appreciate each other’s professional works.  So, working with Jane was easy.  I was never afraid she would be offended by my questions or comments (always scary when you point out imperfections in someone’s baby!) nor I by her’s.  We both wanted to create the best listening experience we could and egos can get in the way of that.  Neither Jane nor I operate that way and I knew that going in so that helped to make this a really great experience.

Tell us a little bit about Something as Big as a Mountain. It is autobiographical, yes?

Jane: Something As Big as a Mountain is about my experience as a novice mountaineer. I have always been a back country hiker and I had started doing some climbing and I decided at almost fifty years old that I’d go mountaineering for the first time. Who does that? I wasn’t consciously aware of my real motivation. Part way through the trip, I realized I was trying to prove to myself that I could accomplish something so physically demanding after recovering from cancer. I was trying to prove that I was better and the illness was behind me. As a mountaineer, I was a bit of a disaster, but in terms of showing myself I had moved past a bad time in my life, it went pretty well.

How did you approach Something as Big as a Mountain? Is it a challenge to narrate an autobiographical story?

As I have already mentioned, Jane and I have known each other for several years.  I went to a public reading she did a few years ago where she read an excerpt from “Something as Big as a Mountain.”  I loved the piece.  When you listen to the story, if you haven’t already, you’ll be taken by Jane’s style of writing.  Her descriptions of the scenery and her experiences in it are so incredible.  So, when Xe Sands invited me to take part in this project, I immediately thought of the story I’d heard Jane read.   I contacted her to ask if I could use that story I had heard her read at the public reading.  I was thrilled when she immediately said yes.  She sent me the story right away – but it was the wrong one.  She had sent me “Weight”.  I read it but I knew it wasn’t the story I had been thinking of, the name of which I didn’t remember.  Turns out that I must have gone to two readings and Jane and I were each thinking of different ones.  She then sent me “Mountain.”  Subsequently, Xe indicated that she was looking for some bonus pieces so “Weight” ended up in the bonus material.  Well, that was a good story but a major digression from the question.  I knew Jane but I didn’t know about her fight with cancer until I read the whole story.  The excerpt I’d heard her read didn’t mention the cancer if I recall correctly.  I can’t imagine I would have forgotten.  So, I knew Jane and now I had found out this thing about her past that she has had to live through.  I lost my best friend to cancer a few years ago and that sits just in the back of my mind all the time so this story hit home with me in terms of what Jane had gone through because I knew what Deb had gone through.  I think that being Jane’s friend made me even more connected to the story than I might otherwise have been.  As a narrator, being connected to the story is the key to any good narration and I have never felt so connected to a story before.   I am very proud of how this story turned out and I’m sure my connection with Jane is why it worked so well.

It is necessary to have this connection in all stories.  In autobiographical ones, there is a feeling of greater responsibility in “getting it right” because these are events that really happened, not a fiction.  Fiction can be interpreted by the reader.  Best not to be “interpreting” too much in autobiographies or you can get away from the truth of the author.  I guess that would be the biggest challenge of audiobooks in general but I didn’t feel that challenge in this particular case for the reasons I stated above.

Thank you Jane and Dawn for taking part in this project and giving us a little inside look at audiobooks.  Something as Big as a Mountain is fantastic, and I urge you all to take a list. Plus, if you purchase the full collection, you’ll get an additional short story, Weight, written by Jane and narrated by Dawn (which I, personally, think I liked even more).
Listen to Something as a Big as a Mountain:
A little about Jane Cawthorne: 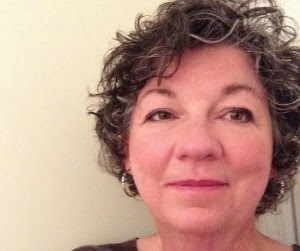 I’m a Canadian, living in Boston and am currently completing an MFA in Creative Writing at Pine Manor College. When I first started writing professionally, I wrote opinion pieces for newspapers and magazines, taking up the topics that haunted me as a teacher. My shift into fiction started with a few creative non-fiction essays. I tried my hand at short fiction and wrote a couple of plays as well. Now, I’m working on a novel. I don’t talk about work in progress because, in the immortal words of Gord Downie, “no one’s interested in something you didn’t do.” I’ve also recently joined the Crabapple Mews Collective, a group of writers helping each other publish great work.

A little about Dawn Harvey: 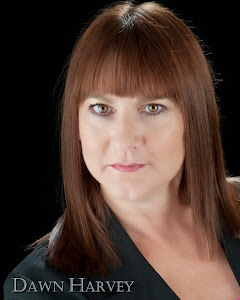 I am also a Canadian and I live in Calgary, Alberta.  I’ve been performing most of my life but somehow along the way I also picked up both Bachelor and Master of Laws degrees.  Sometimes life leads us in strange directions but mine, thankfully, led me straight back to the arts several years ago after a short hiatus.  I began narrating audiobooks about 3 years ago and am absolutely loving it.  Take a girl who loves to read, talk and act and give her a job as an audiobook narrator and you pretty much have bliss!  I am so thrilled to have been included in the Summer Shorts program this year with so many talented narrators.  Thanks Xe Sands – sure hope we can do this again next year!

And, finally, a big thank you to Xe Sands for organizing this HUGE project and, as the month is wrapping up, a big congratulations as well!

One thought on “Summer Shorts ’14: A Discussion with Author Jane Cawthorne and Narrator Dawn Harvey”