It’s been ages since I’ve done a Top Ten Tuesday post, but here you go: the top ten books I am anticipating this fall, in order of publication. Looks like I’d be golden if I could read a book a week (which I can’t). 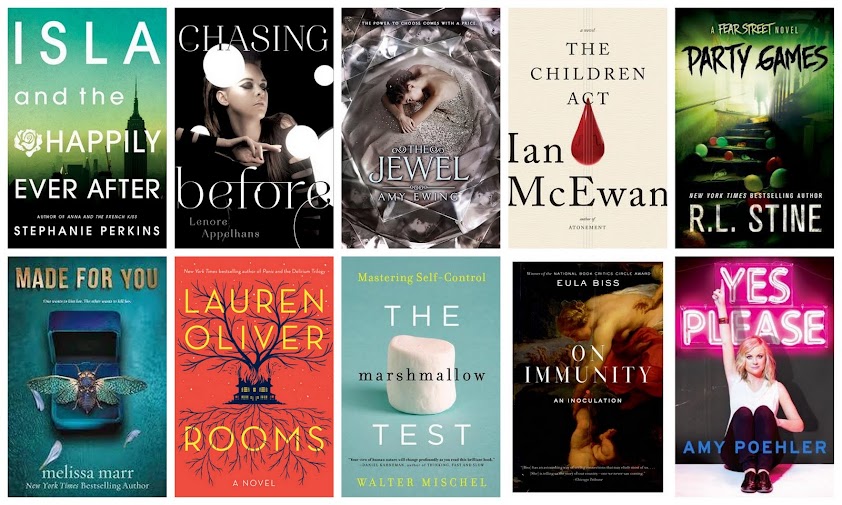 1. Isla and the Happily Ever After

This one actually came out in August, so maybe it shouldn’t count. But it’s still high on my fall list as I’ve been waiting for it for so long.

2. Chasing Before (The Memory Chronicles)

Another August book. I am excited to see Lenore’s next installment in this series.

I don’t think words can describe how much I adored the Fear Street series when I was younger. I no longer like being scared one bit, but I won’t be able to resist this one.

I haven’t finished the Wicked Lovely series and I did not love Carnival of Souls, but Melissa Marr but I’ll give this one a shot.

Lauren Oliver is another automatic add to my TBR.

I was a psych major. I can’t help it.

9. On Immunity: An Inoculation

Recommended by Jenn at Jenn’s Bookshelves for those of us who prefer science to internet logic.

What books are you looking forward to this fall?