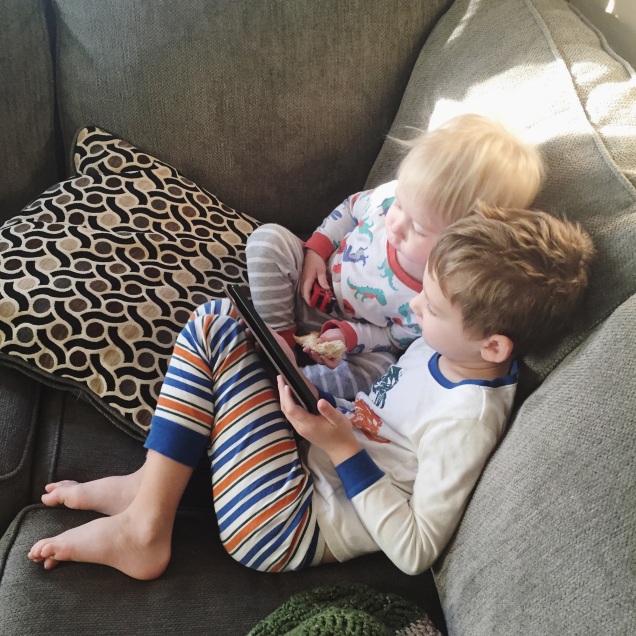 Well, they’ve grown up a bunch and are so much different now! Let me share a bit.

Evan is 6.5 and in first grade. He’s come a long way since I announced his birth on this blog! He is a very bright child and full of energy. He has some developmental challenges (mostly in the social-emotional area) so life is often busy with things other kids don’t really have to worry about, like social skills classes and therapies of sort, ON TOP OF the normal kid things he does. He started karate in the fall and has really taken to it, earning his yellow, orange, and now junior blue belt in that short amount of time. It’s a good fit for him (a lot of adults in the room to keep him focused, little waiting, lots of action) and we love his dojo, which is teaching respect and compassion alongside karate (think more Mr. Miagi and less Cobra Kai). He is currently playing basketball at the Y and has played on a few different soccer teams. He wants to do everything (like his mama) so it’s more a matter of finding the right balance with him than figuring out what he wants to do. He loves math, Pokemon, video games, and is becoming a big board/card game fan, with Exploding Kittens and Sushi Go being his current faves. He’s learning to be a great reader and, while we still love reading to him, it’s so exciting to have him read to us now.

Kai is 3.5. My super chill baby/toddler has morphed into a somewhat challenging threenager, but he’s still mostly the happiest kid on the planet. He is actually at the elementary school already in the Pre-K 3 room. Y’ALL, one drop off is AMAZING. He will do VPK there next year as well. He loves to draw, play teacher, and follow his big brother around. He is super sweet and caring. His combination of cheeks and hair and charm mean that everyone has probably not said no to him enough in life and now we are facing those consequences. But he greets me every morning with an enthusiastic “good morning, mommy” so I’ll keep him around.  It’s really fun now that he’s a real kid enjoying adventures with us and not  just along for the ride. He’s also come a long way since his birth announcement here.

Life is busy. We are tired. But I am hoping to be able to carve out some time to start posting here again, so we have plenty of time to catch up.

One thought on “My Kids Are Bigger Now”