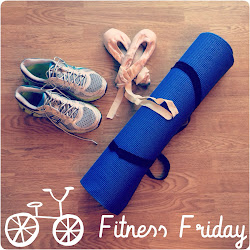 Well, this post WAS going to be out how I ran the Irongirl 5k over the Clearwater Memorial Causeway on Sunday. And how, despite this bridge (we Floridian runners don’t generally encounter anything resembling a hill), I still had my best 5k time since Evan was born at 32:19.

But now this post is going to be about how I can’t run anymore. I am so close to getting my 5k time back under 30 minutes. I could probably even get a PR on a flat course at this point. But now I’m benched.

When we were in DC, I did a hash with my cousin. During the 3.5-mile craziness that was that run, my foot started hurting. By the end, I was barely keeping up. Yet I continued to walk on it A LOT that weekend – for a total of 22 miles between Saturday and Sunday. I was in quite a bit of pain by the time we got on our flight home.

Then I ran my race on Sunday. And 1/4 mile in, my foot was hurting again. And this time it was even worse.

So I saw my podiatrist on Monday. Yep, I already had a podiatrist. This is what happens when you turn 30 – you gain all kinds of specialists to treat your aches and pains. And he says I’m injured, can’t run, and should probably start investing in some granny shoes. There was a lot of inflammation and the bones in my foot are basically jamming into each other (you’re supposed to have space between your bones with some nice cushion-y cartilage – I don’t). But the worst part is he says he sees some early arthritis in my foot (thank you, pointe shoes).

But, he also seems to think that this is workable and I don’t have to sit on the bench forever. First, I need to get the inflammation down. So no running at all. Then, we take another look in two week. Then I get custom sport orthotics and I get back out there. Hopefully.

I always assumed I would end up battling arthritis some day, thanks to all of my years of dancing and my extra crunchy joints. I just didn’t think I’d be doing it at 31. Hopefully I have some more information in a few weeks about what is exactly wrong and what I need to do prevent it in the future.

It’s discouraging to get injured when I’m right at the fun part of my running season and I can see the possibility of a sub-30 5k/PR. But injuries are the price you pay for being active. I’ve been fairly lucky in my life so far and I’m sure I’ll get back out there. For now, I think I’ll try hanging out in the lap pool.

Last month I told you about running my first 8k. Well, while I was at it, I went ahead and ran a 10k a few weeks later. 6.2 miles in 1 hour and 7 minutes. I’d set a goal to finish a 10k before having another baby and here I am, not ready for baby 2, and already done with my goal.

I do think six miles might be my limit. I walked a lot the last two miles. And the thought of running seven more (a half-marathon is really the next big race distance) is still very daunting. Maybe after theoretical baby 2.

I started off strong, maybe a little too strong. I ran my first mile at a 9:40 pace and my second at a 10-minute pace (if only it were a 5k, I could have easily finished sub-30!). But by mile 5 and 6, I was down to a pretty slow 11:38, which is probably why I felt so drained. Lesson learned – don’t stay with my faster friends for a mile and a half.

I think I am going to run a 5k in April (if I can ever get myself back into my running shoes) and another 10k in May and then I might be done for the season. It’s too hot to race here in the summer and I’ll be single-parenting for a good portion of it, which means I have to run with the dreaded jogging stroller and a 27 pound toddler. No thanks.

Me at the finish line with my friends, Laura and Bill: 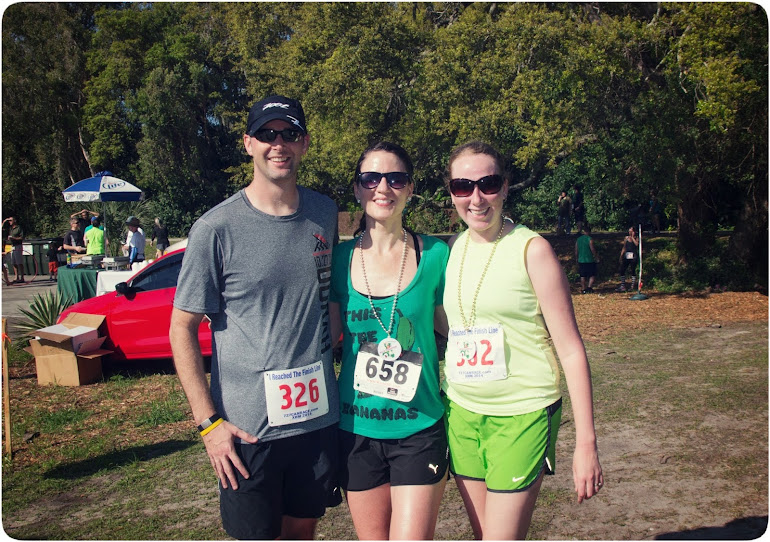