I never actually joined the May Pin It & Do It challenge. But I ended up using Pinterest for some of the inspiration for E’s party. So I’m doing a wrap-up anyway. Plus, you guys get a little preview of the party before I do my real post (just waiting on the pictures).

Pin It: Cloth diaper and tie for smash cake. 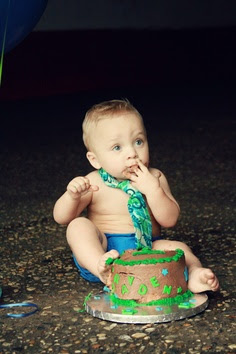 Do It: I modified this and did a cloth diaper and bib. Made for easy clean up! (I promise there is a diaper under there) 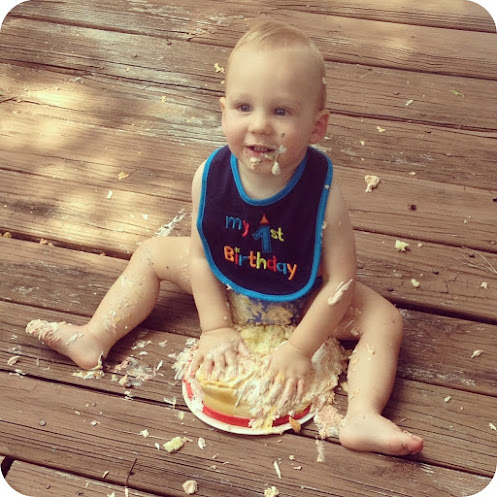 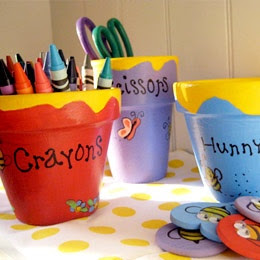 Do It: I made four hunny pots for E’s birthday and filled them with candy. Deciding what to do with them now. I also made some of those bees and had the kids make them as a craft project at the party. 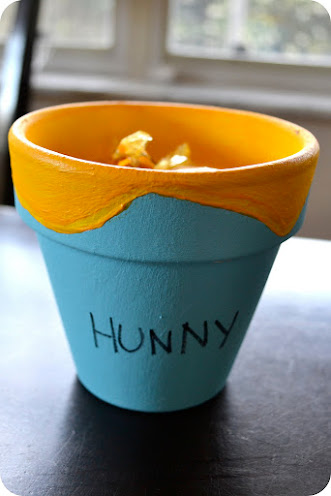 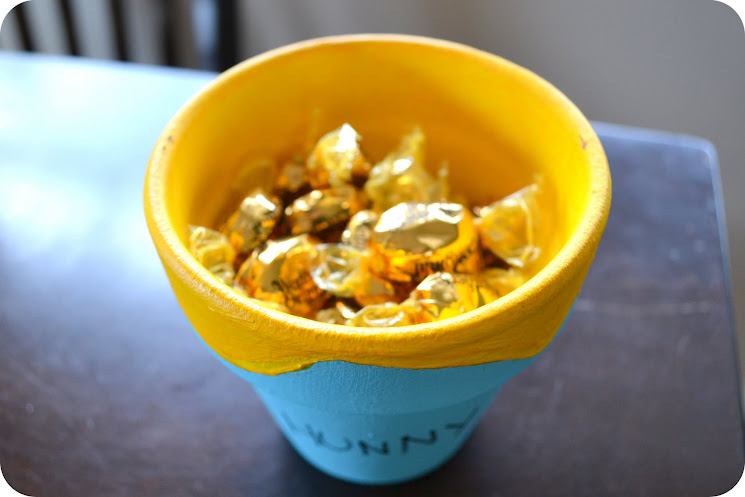 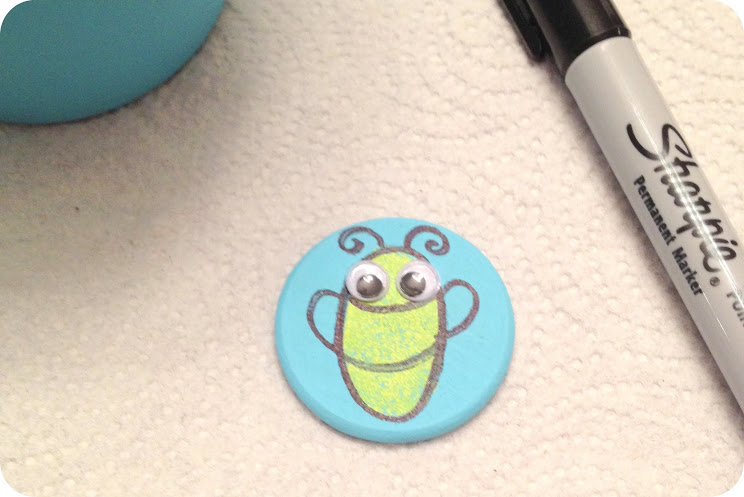 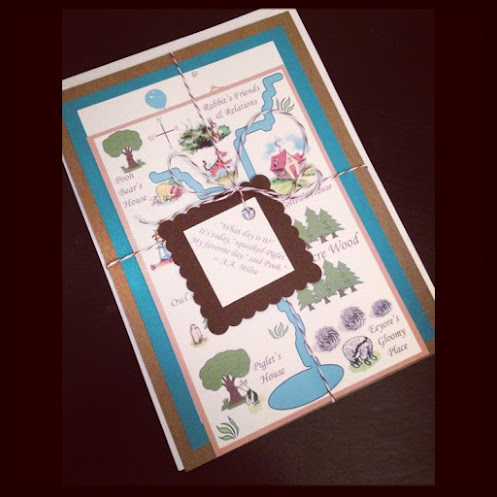 Do It: These were so adorable, I went straight to Etsy and bought them. It required printing them myself, which proved a bit challenging due to some copyright issues. But I managed. I used those little squares as envelope seals. 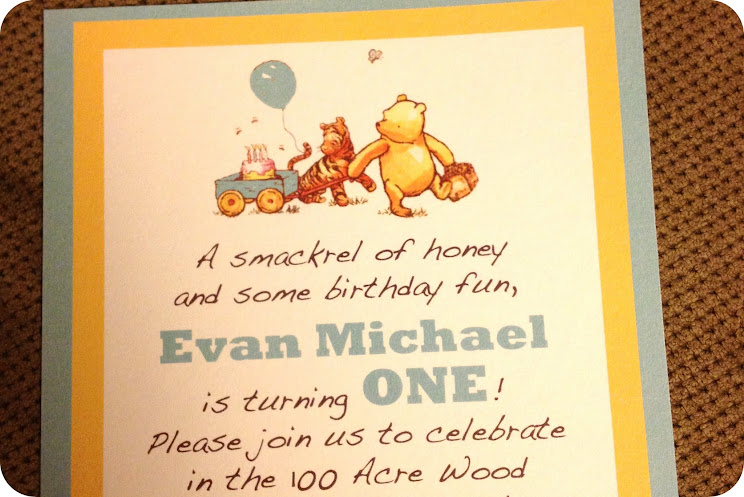 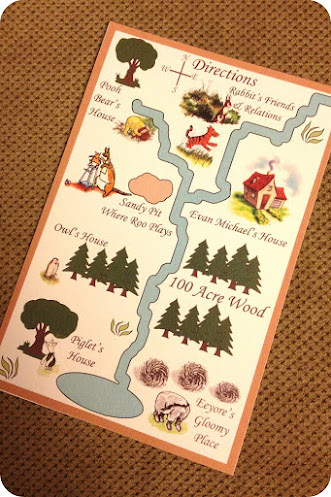 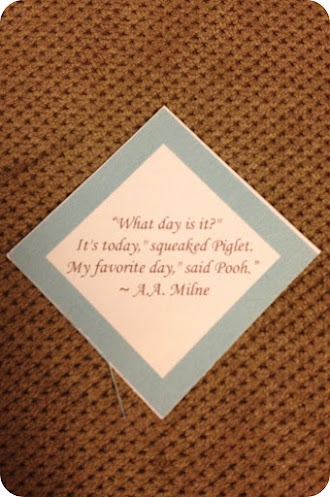 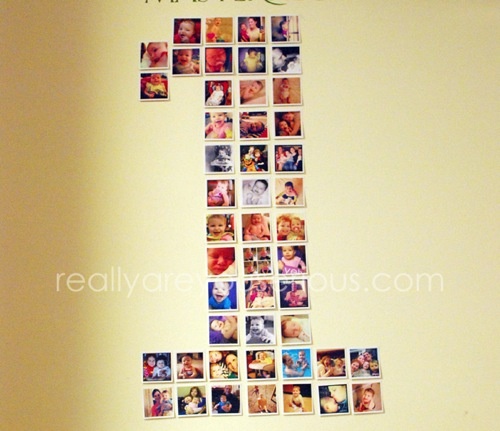 Do It: I not only made a “1,” I made a “ONE!” And it worked out as an “E,” too. I used regular photos since I had a bunch of those rather than printing instagram photos. 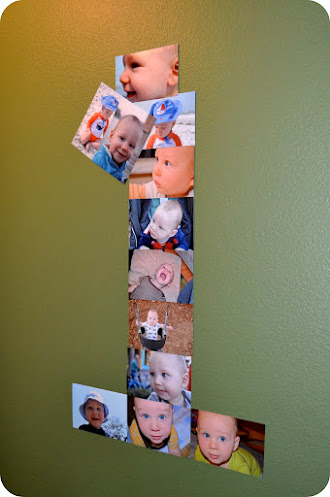 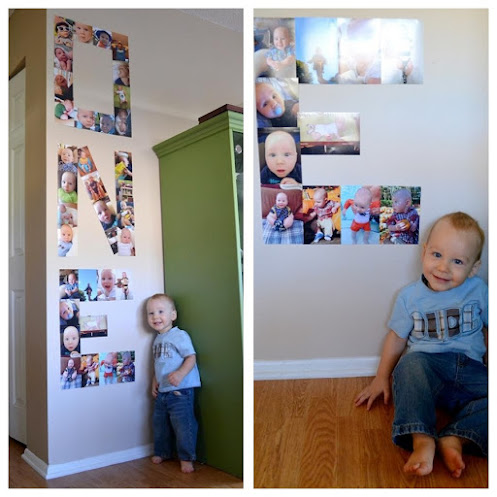 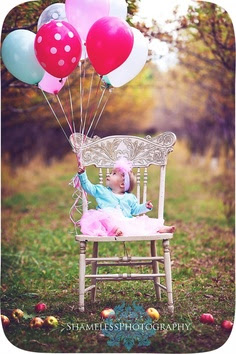 Do It: Well, we didn’t have the chair and Evan didn’t want to hold the balloons and then he fell on one and then they kept popping and I don’t have the photos back yet, so I have no idea if it worked.

How’s that for an unofficial participant? I should not join challenges more often!

It’s time to wrap up the Pin It and Do It Challenge hosted by Trish at Love, Laughter, and a Touch of Insanity.

I made some snickerdoodles.

The only problem is that I only pinned these snickerdoodles that morning because Ben asked for snickerdoodles. Our conversation went something like this:

Me: I want to bake something today.

Me: But I’ve never pinned snickerdoodles!

So I pinned some snickerdoodles:

And mine turned out to be pretty delicious: 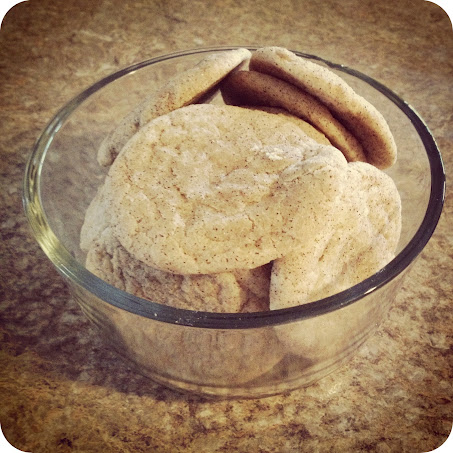 The other project I did, I already mentioned on the blog. I placed some mason jars full of cotton swabs and q-tips in each of the bathrooms. I swear I saw this on a pin. But it turns out I didn’t. So I pinned it after I completed it.

I totally don’t understand the point of this challenge, huh?

Thanks for hosting, Trish!

Busy Sunday for me.

This morning we are heading to Phillipe Park to get our first family portraits done. Hopefully the crazy wind has died down a little bit and the sun decides to make an appearance. But at least Evan will be cute no matter what.

Later today I have my book club meeting. For Halloween, we read We Have Always Lived in the Castle (a reread for me), The Legend of Sleepy Hollow, and Stephen King’s The Mist (which, as of Saturday night, I still have not read).

So how am I doing on my challenges? 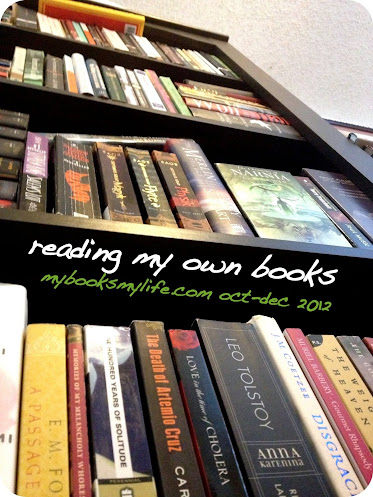 Yep, still reading City of Bones. BUT, I am actually making some progress and hope to finish it by the end of the month. I have really got to figure out when to read. 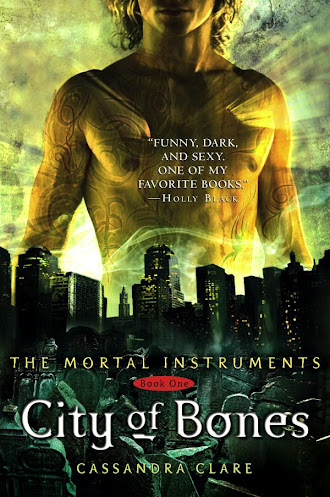 Last week, I shared  Amy’s RMOB post here, and this week Hilary from Adventures in Never Never Land posted about how she is going to join in the fun and read her own books for the rest of the year as well. Some others are starting in November. Let me know if you’re one of them.

Evan’s grandparents are in town this weekend, so we are out having fun instead of reading. Yesterday we went to the zoo to show Evan all of the animals that are way cooler than Gatsby and Daisy. He really enjoyed the fish and the penguins. We ended up purchasing an annual pass, so we’ll be back. 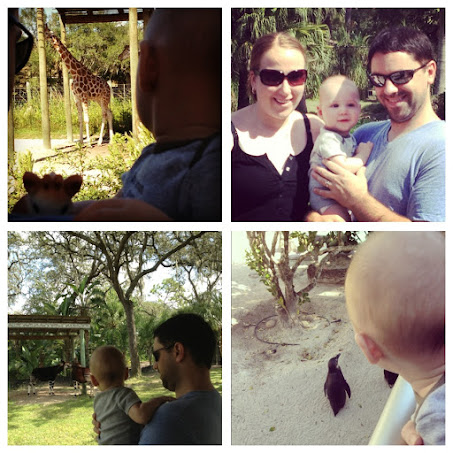 After we put Evan to bed last night, Ben and I went out for a drink and a movie – our first date night since the baby (unless you count the wedding we went to). We saw Perks of Being a Wallflower and it was SO GOOD. The book is amazing and the movie really does it justice.

It’s October 14th and I am still on my first book. I am reading City of Bones and, although I am only 100 pages in, I am enjoying it a lot. If only I could find some time to read.

I am going to have a busy end of the month, I suppose, since I still haven’t really done any of these pins. There is so much baking I want to do and so little baking I am actually doing.

October always seems like a really busy month for me. The Readathon (which I didn’t participate in) is the only reason I ever keep up with reading.

We are off to the Pumpkin Patch today and then taking Evan swimming for the first time. Have a wonderful Sunday.

I thought I was going to be spending my weekend prepping for a trial tomorrow but it went away (as trials often do) so I am enjoying a nice relaxing weekend home with the boys. We did a few things around the house yesterday, so I am hoping today is a real day off. Evan has a little cold, but nothing really phases my happy little baby. Next weekend will be busy. While you all are readathon-ing, we’ll be spending some time with Ben’s parents. As fun as that will be, I could definitely use a relaxing day (and maybe a nap or two).

I am a complete failure at Reading My Own Books so far. I actually had one last book from September to finish up and I only just finished it last night. I’m a little cheater. Even when I make the rules. But I’m really starting today with City of Bones. I swear.

I thought I completed a pin. But it turns out I never pinned anything like this. But I think I have permission from Trish to count this anyway. See, I cheat no matter who makes the rules. So I give you my mason jar cotton swab holders:

I put a set in each bathroom. This was a super simple project – it took me about 5 minutes and $6 to do, but it makes me happy to see them. I love playing house.

Tell me, are you a rule-follower or a cheater like me when it comes to these things?

Since I seem to have taken an impromptu vacation from book blogging, let me change subjects for a minute to Pinterest. When I first joined Pinterest, I didn’t get it. Months later, I tried again and it clicked. So I started pinning like crazy. I’ve since calmed down, but I still have all of these IDEAS I want to try but never do. Enter, Trish from Love, Laughter, Insanity and her Pin It and Do It: a pinteresting challenge.

Now I am AWFUL at reading challenge. I’ve failed every one I’ve ever tried. But I am going to do this. Seriously.

I am gong to join at the “Pinterested” level, which means I have to complete 4-7 pins in the month of October. I am not going to list those pins now (because then I won’t want to do them anymore) but choose them as I go instead (this is me trying to trick my brain into completing a challenge).