Now that I’ve talked up audiobooks all week and you are dying to get your hands on one, you may be wondering where to begin. Well, aside form the awesome flowchart I posted earlier this week, I have some thoughts for you.

How I Find Them:

I find audiobooks the same way I find print books. I listen to what my wonderfully bookish friends are saying. I think I’ve only taken one audiobook for review, so for the most part I am free to listen to anything at anytime. Which I love. Some of my go-to people for audiobook recommendations:

And the professionals that I enjoy following on twitter:

Where I Find Them:

Almost all of my audiobooks come from the library. The CDs are pretty expensive and I haven’t given in to an Audible subscription yet, so I get what I can from my local library. Luckily, we have a great library system in Pinellas County and I’ve only been unable to find one or two titles. If you haven’t done so, check our your library’s audiobook selection. You might be surprised.

Last summer, I posted about why I am a genius (i.e., how I mark my place in audiobooks). If you have an iPhone and you listen to audiobooks, you should read it.

My general advice to those new to audiobooks is to just keep listening. Over time, your brain will figure out how to interpret them and you will enjoy listening as much as reading. But it does take a little bit of effort at the beginning before you get to the point where you can do the dishes and listen without missing anything.

And now I will tell you where I learned to really enjoy audiobooks. Gather round.

I was new to audiobooks last year but this is the year that they really became a staple in my reading life. It is also the year that I started running. And the two interests have created some kind of synergy that keeps me in physical and intellectual shape. I look forward to my runs because of audiobooks and I read more audiobooks because of running. It is a fantastically rewarding relationship. I listen to audiobooks in the car and while I’m cleaning and when I can’t sleep in the middle of the night, but running is the majority of my audiobook time these days. Two years ago I would have laughed if you told me I would soon be addicted to both running and audiobooks. Now I can’t imagine life without them.

What about you? Do you listen to audiobooks when you exercise? Are you going to try it now to see if you find similar motivation? Have you found some other task that audiobooks make bearable? 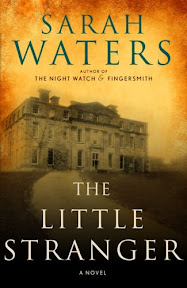 Ever since Jennifer from The Literate Housewife started raving about him, I have wanted to experience an audiobook narrated by the great Simon Vance. I put a few on hold at the library and The Little Stranger was the first to arrive. Sarah Waters has also been on my list of authors to try and I generally love a good Gothic novel so I was excited to begin.

When Dr. Faraday returns to Hundreds Hall, where his mom once worked as a maid, he becomes endlessly entangled in the lives of the Ayres family. When things start to go wrong – Jib, their the calm dog, attacks a girl, objects move from their normal places, small fires start – Dr. Faraday tries everything to help the family.

Unfortunately, it was not the amazing experience I was hoping for. I thought Vance did a great job with the narration but the story was just too slow for me. It felt like lots of little things were always happening but I kept waiting for more. And at 15 hours, it was a lot of waiting. I can’t really put my finger on what it is that didn’t grab me but something was missing.

I know a lot of other people who loved this book so it may just be me. Have you read it? What did you think? 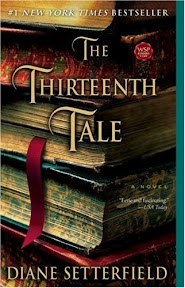 I read The Thirteenth Tale a few years ago and fell in love with it. It’s as delicious as those 19th century Gothic novels and full of mystery and suspense. You can read what I had to say about it here.

There were two narrators. One for Margaret and one for Vida Winter. This worked well. I especially liked the narrator for Ms. Winter. She reminded me of the narrator for Rebecca which added to that Gothic feel that I loved so much. As I was running by palm trees and through warm sea air (you really should all be jealous of where I live), I felt like I was in the English moors at wintertime. That’s pretty impressive.

Even though I had read this before, I found myself captivated by the story and eager to listen to it. I highly recommend this audiobook for those who want to reread The Thirteenth Tale and I think it would be a great way to experience the book for the first time as well. But beware, there is an abridged version out there and you don’t want to miss any of this book.

One narrator who always makes you choose audio over print:

Robertson Dean. Mr. Dean, please start narrating more books that I want to read. Your voice is so dreamy.

Genre you most often choose to listen to:

If given the choice, you will always choose audio when:

If given the choice, you will always choose print when:

Some quick thoughts on audiobook presentations:

Sound effects: I am usually not a fan. I want my audiobook to be more like a regular book than a radio program.

Multiple narrators: I like it when the book is in first person. Otherwise give me one narrator. I mean, the voice in my head is always female and I still manage to successfully read books about boys.

Changing narrators over the course of a series: I find it jarring at first. If the new narrator is good, I can adapt, but I prefer consistency with a series. 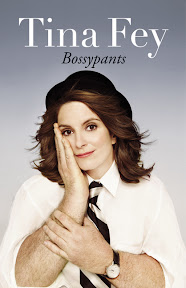 If you are new to audiobooks or if you are just looking for your next read, I can help. These are the books I have listened to and enjoyed in the past year (or so) compiled into one helpful little flowchart. It’s also a pretty good summary of my audiobook life.

How To Choose Your Next Audiobook
(from my limited experiences) 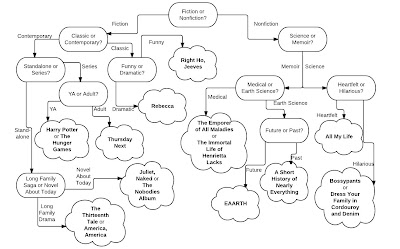 Let me know which book you got in the comments! (This is better than a cootie catcher, right?)

PS – I inadvertently left off two Neil Gaiman audiobooks I loved: Stardust narrated by Gaiman and Anansi Boys narrated by Lenny Henry. But you should just all get those two anyway. Because they’re pretty amazing.