It’s 1985 in a world that reveres literature (among other differences). Someone has stolen the original Martin Chuzzlewit manuscript. It is up to Thursday Next, a Special Operative in the Literary Tech division (SO-27), to figure out who. Along the way she encounters fictional worlds, vampires, time travel, politics,  family, long lost love and more. Can she do it all?

The sixth Thursday Next book will be released in March (on my birthday actually) and in preparation, I wanted to go back and reread the first five books. There is a lot of stuff happening in these books and it’s easy to forget so I decided I needed a refresher. After Emily from Books, the Universe & Everything recommended the audio, I decided to give it a try.

I loved the reread both because of the book itself and because of the audio production. I’d forgotten most of the plot to The Eyre Affair. I think I read it back in 2005. It was like reading it for the first time but with some characters that I already knew well.

I was afraid that some of the fun and word play would be lost in the audio but it wasn’t. It was still a lot of fun. Susan Duerdan did a wonderful job with the narration. She sounded like Thursday Next to me but was able to slip into and out of the other quirky characters with ease. I do think that if it weren’t a reread, it might have been easy to get a little lost since the plot is so insane.

These books are a little bit of everything: fantasy, mystery, romance, satire, science fiction, adventure, you name it. I highly recommend this series to everyone who loves books.

Other Reviews: Things Mean a Lot; If You Can Read This 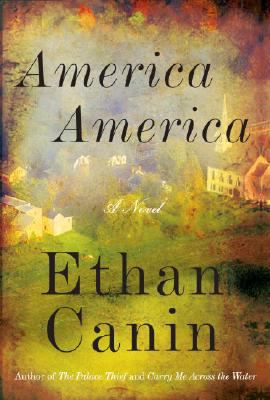 has been on my TBR list for ages. I own the print version but somehow never got around to it. So when I was in need of some audiobook recommendations a few weeks ago, I was thrilled when Jen from Devourer of Books said the audio was fantastic.

When I mentioned I was starting it on twitter, Jennifer from The Literate Housewife suggested reading along with me. We thought it would be interesting to do a joint post since she was reading the print version and I listened to it. I hope you enjoy it!

In the early 1970s, Corey Sifter, the son of working-class parents, becomes a yard boy on the grand estate of the powerful Metarey family. Soon, through the family’s generosity, he is a student at a private boarding school and an aide to the great New York senator Henry Bonwiller, who is running for president of the United States. Before long, Corey finds himself involved with one of the Metarey daughters as well, and he begins to leave behind the world of his upbringing. As the Bonwiller campaign gains momentum, Corey finds himself caught up in a complex web of events in which loyalty, politics, sex, and gratitude conflict with morality, love, and the truth.

Jennifer: When Audiobook Week was ramping up, I happened to notice Michelle and Jen tweeting about America America by Ethan Canin.  I have had that book on my shelves for a year and a half.  My closest childhood friend gave it to me for Christmas in 2008.  Michelle was planning to listen to it in audio.  I jumped in and said that I’d love to read it in conjunction with her.  We decided we’d do a post about reading the same book in different formats.  We weren’t able to finish in time to post this during Audiobook Week, but over the holiday weekend we finally got together to discuss the book.  This has nothing to do with reading experiences, but discussing a book with another person really is helpful to solidify my thoughts.  I wonder how my opinions of other books would be impacted if I had someone to discuss them with?

To begin our conversation, Michelle liked the book a lot.  I thought it was okay.  I don’t usually care for a lot of modern politics in my fiction, which is partially why this book didn’t appeal to me as much.  I also felt that Corey, the narrator, didn’t really answer his questions as a result of his retelling of the events of a Senator Bonwiller’s to become the 1972 (is this right?) Democratic Candidate for President.  I was wondering somewhat why he bothered to tell the story.  Michelle pointed out that he was telling his story to Trieste, an up-and-coming journalist working for him as an intern. I had completely forgotten about that.  In telling the story to Trieste, someone unrelated to that campaign whom Corey respected, the reason why he was talking about it clicked.  My opinion didn’t go from “meh…” to “Wow!,” but it has made me rethink my opinions about the novel.

Michelle: I loved listening to America America. Robertson Dean was a terrific narrator with the kind of voice that you just want to listen to all day long. I felt he really understood the novel and the characters. It was a thoroughly enjoyable listening experience.

As for the novel itself, I was completely fascinated and engrossed throughout the entire story. Corey, now a newspaper man, tells his story to Trieste, a young intern, and us at the same time.  It is a coming of age story wrapped up in a Kennedy-esque political drama. I thought the writing was beautiful and the complex weaving of the story was obviously well-thought out. This may not be a fast-paced page-turner yet I never wanted to stop listening. The ending did leave me with a little of an unsettled feeling but I was satisfied when I put it down.

Jennifer: America America is a non-linear novel and Michelle did find that a little confusing in audio.  In the print version, there are pretty clear visual cues that a time shift was taking place.  This didn’t seem to come across as easily in audio.

Michelle: After discussing it with Jennifer, I do think that there was one fault with the audio version. The book jumps around in time a lot – and the jumps are not always clear on the audio. It would take me a while to figure out just where we were again. I would still recommend this on audio despite this one issue and just warn you to pay careful attention.  In fact, I enjoyed the book more than Jennifer, and that may be a product of the medium in which we read it.

Jennifer: While I was reading the novel, I was curious to see how the audiobook translated the notes written by Mr. McGower.  They are separated from paragraphs and typed in upper case in the book.  His spelling was interesting indeed and added quite a bit to his character.  I also found this to be a little distracting while I was reading because his notes stood out so much from the text.  My eyes were drawn to it and I had to cover them up with my hands because I didn’t want to get ahead of myself.

Michelle: I didn’t even realize there were notes most of the time. I knew Mr. McGower couldn’t really talk and I will admit that I was a little confused why he couldn’t speak on the telephone at one point and then had conversations later in the book. Apparently those were all notes. That was an interesting discovery for me when I chatted with Jennifer.

Jennifer: We both liked the same characters, with Trieste being our favorite.  We also had similar questions as to what happened with Mr. Metarey’s daughters.  In the end, the reading format didn’t seem to have an appreciable impact on enjoyment of the novel.  For me, it was something I had to think about and I’m glad to have had the opportunity to discuss this with Michelle so soon after reading it.  I don’t think I would have ever loved this novel because of the politics, but I’m certainly glad that I did read it.

Michelle: I am so glad that Jennifer and I read this together. I think our discussion after finishing the novel gave us each knew things to think about and I loved discussing the value of the different formats.

Make sure to check out Jennifer’s more-formal review tomorrow at The Literate Housewife.