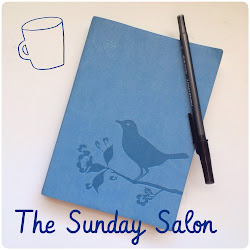 This used to be my favorite time of the year to blog about books. I loved preparing my top ten reads of the previous year, my labor-intensive reading stats for the previous year (see 2012|2011|2010|2009), and thinking about my goals for the upcoming year. While I did share some of my favorite books from the past year, that is the extent of my 2015 recap.

I’ve talked a lot about my lack of reading motivation and the trouble I have prioritizing reading into my schedule. So, instead of setting a numerical reading goal this year (as Goodreads so badly wishes me to do), I am setting a very achievable goal of simply reading a little each day, even if it is just for ten minutes. This past year, I could go weeks without picking up a book and just writing that out makes me sad.

I’ve also set two other goals for 2016. Just like I want to get back to reading, I would like to get moving again. Again, finding the time/prioritizing the time is my difficulty so I am setting the bar low. I just want to workout a little each week, even if it’s just a weekend run or yoga class. My hope is with both reading and exercising, that some will lead to more.

My last goal is more definite. I will pay off the last of our consumer debt. We have one card left that still has a balance. I had really hoped we’d pay this off in 2015 but life had different plans for us. I know we can do it this year. Even though we will still have a mountain of student loans to tackle, this will be a huge win for us.

I didn’t read nearly enough books in 2015 to do an official recap or top ten or anything like that. But since I didn’t actually do much blogging about what I read either, I did want to to share a few of the books I read and loved in 2015.

I read 29 books this year. I gave 5 stars to eight of them but two were rereads. Here are my 6 favorite new-to-me reads in 2015, in the order in which I read them:

Who Do You Love | Jennifer Weiner | 5 stars

Why Can’t I Be You is probably my top pick of the bunch. It was predominately a women’s fiction/young adult year for me as I tend to gravitate toward those genres when my reading motivation wanes, as it very much did in 2015.

These are affiliate links. If you make a purchase through them, Amazon shares a small portion with me, which helps pay for the hosting fees for this blog.

It seems like a top ten list in a year I only read 34 books is a bit ridiculous, so let me just share a few thoughts. 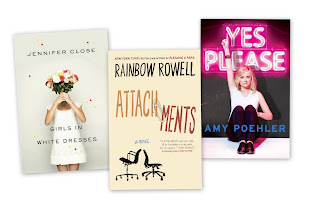 Runners Up: Cress, We Were Liars, Dreams of Gods & Monsters, This Side of Salvation, Leaving Everything Most Loved, and One Plus One

Aww,  2011-Michelle is so cute and naive. I gave up my stats last year. This is all you get now because TIME.

I couldn’t let the end of the year pass without at least one recap, right? 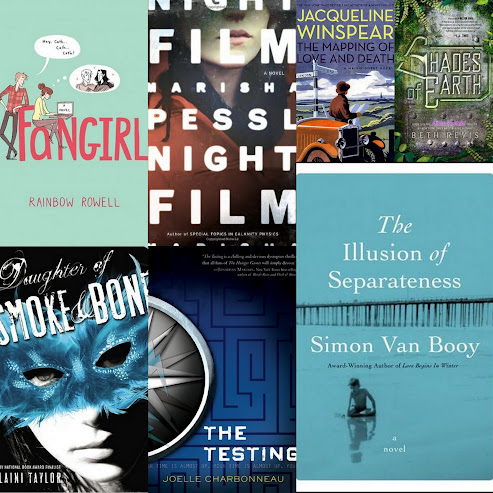 And Ten Runners Up: 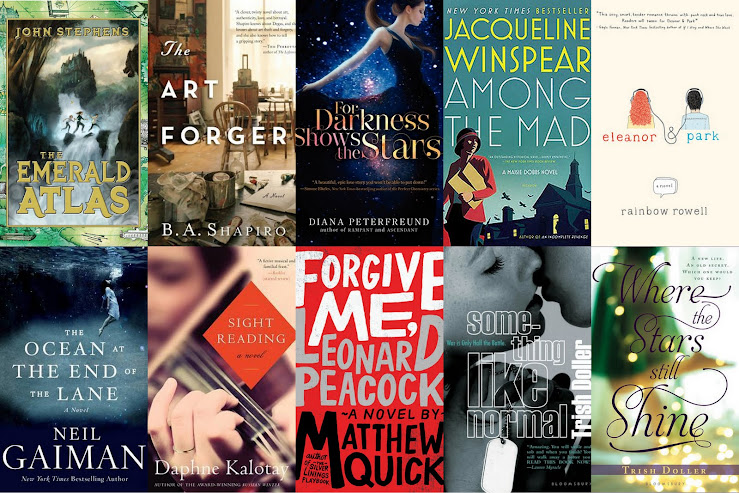 And my husband’s favorite books of 2013 (his actually has an order):

Note: I usually do an extensive stats post (2012|2011|2010|2009|. It takes a long time to prepare (especially since I never keep up with my spreadsheet during the year) but I love the result. However, I don’t have hours to spend recreating a reading spreadsheet this year, so as sad as this makes me, these stats are going to remain unknown. Likewise, my favorite books of 2013 lists above were not given the level of thought and creativity which I usually put into them. They are simply a compilation of the books I gave 5 and 4.5 stars to, respectively. If anyone is still reading this blog, bear with me here. And stay tuned for tomorrow’s post where I talk about the upcoming year.

How was your reading year? Are you ready for 2014 for a fresh start like me?

Yep – failed them all. Can I blame the baby?

None. 2013 is a free year for me. I am still trying to find a good balance between work and parenting and reading and blogging and everything else. So I guess my only goal is to find this balance.

I am trying a new type of wrap-up post this year. One that is focused more on blogging than reading. These were the top posts – by traffic – on my blog this year. I would have liked to track them by comments because I think that’s a better metric, but page hits is much easier. Enjoy.

Did you see anything you missed the first time around?

*Interestingly, these are all print reviews. No audio. 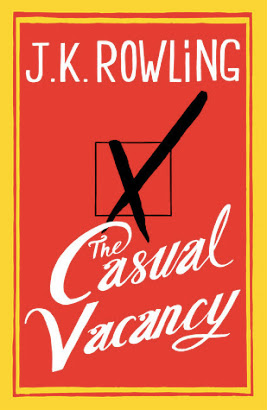 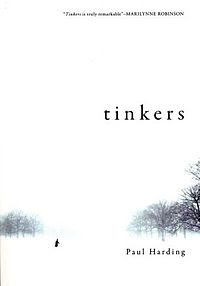 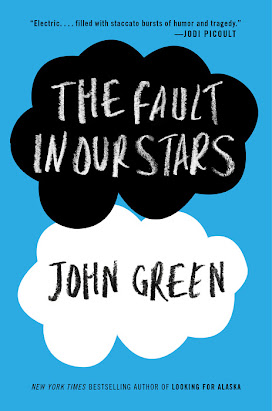 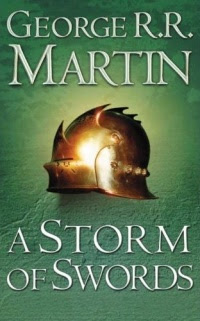 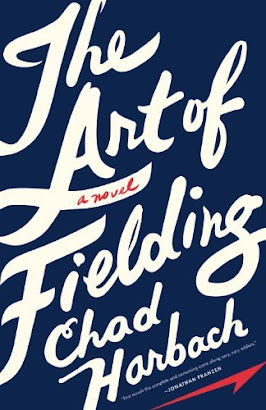 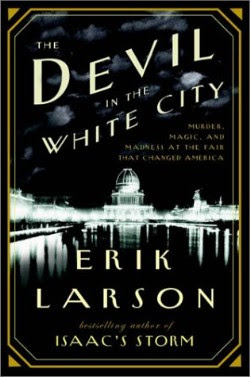 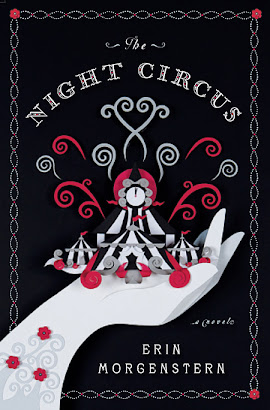 It’s time to kick off the year-end wrap-ups (I believe in waiting until the year is actually over to give every book a fair chance). Today, I have my 2012 favorites. Later this week, my husband will make his annual appearance with his favorites. I am still undecided if there will be a 2012 music wrap-up post (music took a back seat this year). My final wrap-up post will be my reading stats and goals for this year.

In no particular order, here are my favorite reads of 2012, with a one-sentence description why. You can click on each book to read my full review. These are books I read in 2012, not books that were necessarily released in 2012.

The Art of Hearing Heartbeats by Jan-Philipp Sendkar is a beautiful love story reminiscent of a fairytale. The Cranes Dance by Meg Howrey is a fascinating look at the life of a professional ballerina as well as a disturbingly honest look at mental illness. Wife 22 by Melanie Gideon combines a charming, funny, and honest tale of marriage with unique storytelling. Shine Shine Shine by Lydia Netzer is beautifully quirky. Beautiful Ruins by Jess Walter (not yet reviewed) is an engrossing tale of first love and consequences.

Is Everyone Hanging Out Without Me? by Mindy Kaling (narrated by Mindy Kaling) made me want to hang out with her. Death by Black Hole by Neil deGrasse Tyson (narrated by Dion Graham) makes astrophysics entertaining. The Art of Fielding by Chad Harbach (narrated by Holter Graham) is about so much more than baseball – it might be my favorite book this year. The Invisible Ones by Stef Penney (narrated by Dan Stephens) is a mystery in a mysterious culture. Redshirts by John Scalzi (narrated by Wil Wheaton) is hilarious and surprisingly moving.

The Fault in Our Stars by John Green made me SOB with its gorgeous story of star-crossed love. Shine by Jeri Smith-Ready provides a satisfying end to a much-loved series. Cinder by Marissa Mayer is completely enthralling despite, or because of, its cyborgs and moon people. Across the Universe by Beth Revis is so good I was willing to ignore logic. The Name of the Star by Maureen Johnson, though different from Johnson’s other books, is just as good, if not better.

Your turn. What were your favorites this year?

I know everyone loves the end of year lists, but I personally like this post the best. I like looking back and seeing what my reading year looked like. So maybe this post is mostly for me, but I hope a few of you enjoy it as well. You can skip to the bottom if you just want to see my goals for 2012.

100 books wasn’t really my goal, but when I saw it in reach, it unofficially became one. However, the pregnancy threw my reading for a loop and my numbers fell drastically the last three months of 2011 (it’s a sad day when reading makes you nauseous). All in all, I am happy with 93 and it is still my best year ever.

2012 Goals:
I have no idea what my reading life is going to be like once this baby gets here so I tried to keep my goals pretty vague (except number one). What are you hoping to do differently in 2012?

As you know, music is my other favorite type of media to consume. And because year-end lists are fun, here are my favorite albums of 2011 (with little to no commentary).

Note: I often give you samples of music but with the abundance of streaming sites these days and my own lack of energy, I’m going to let you discover it on your own.

The King is Dead – The Decemberists

In the Mountain in the Cloud – Portugal the Man

Most Anticipated Album of 2012:

my books. my life.
Blog at WordPress.com.
Loading Comments...